have you said Yes?

In this one-of-a-kind collection of stories about surviving and thriving after stroke, people from all over the U.S. tell it like it is about the tragedies and triumphs they experienced after stroke. They speak with candor about their worst days, their grit and resilience, and the profound contentment and unexpected bursts of enthusiasm they feel for life today. 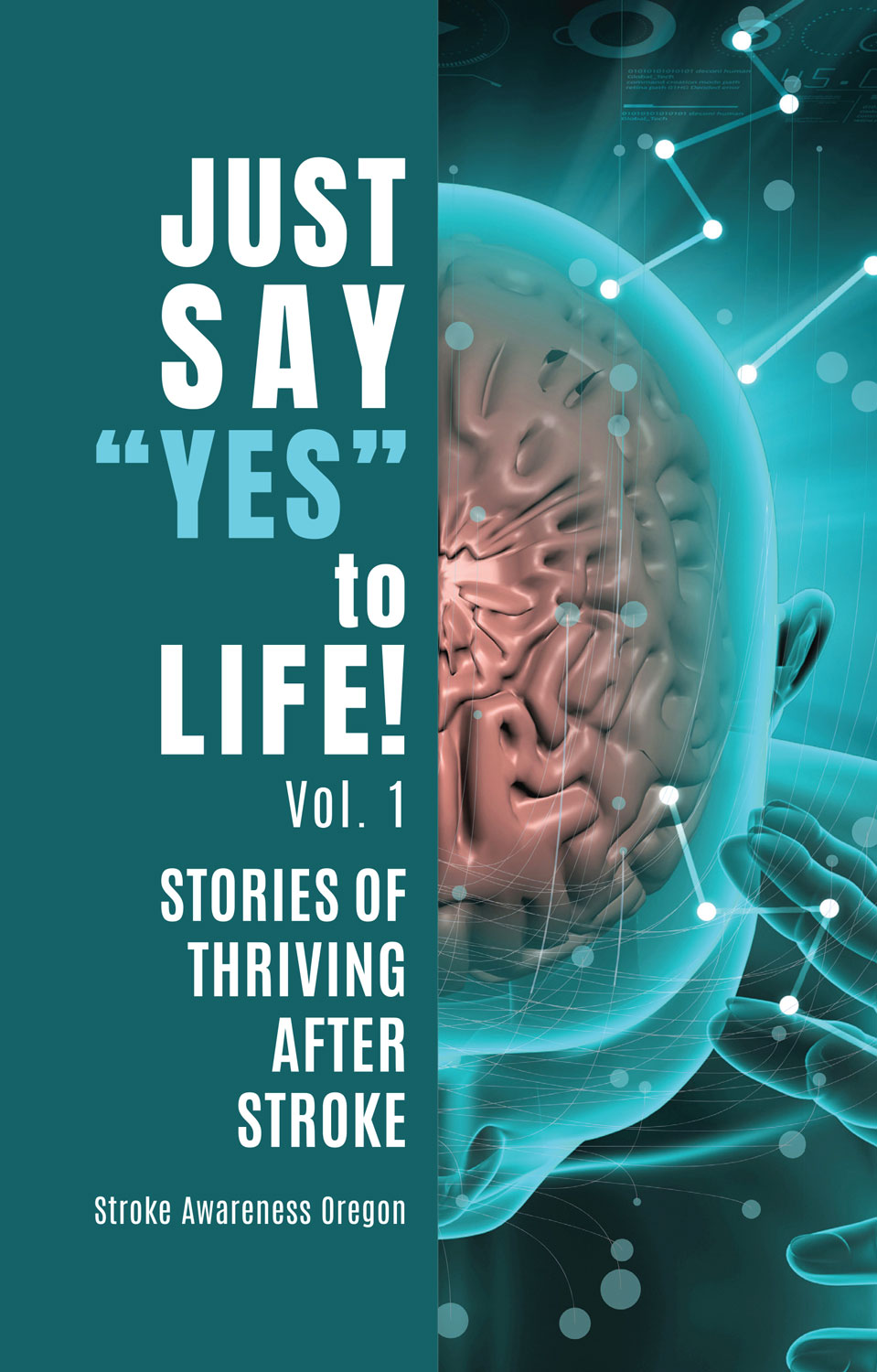 Written to give solace to current stroke survivors, the 26 stories in Just Say “Yes” to Life! Detail how these survivors coped, and which therapies helped them most. Readers will be inspired by a teenager who rebounded well enough to enroll in college a few years after his stroke, a physician who reinvented herself as a writer and performer, and a forester who created a chair the world’s never seen before, one that allows those who use wheelchairs to navigate rugged wilderness terrain.

Authentic, vulnerable, and brave, the tales give stroke survivors, and those who love them, hope for the best possible recovery and encourage them to never give up!

“I once threw a canister of my supplement powder at the wall and dented it. That’s something I can’t imagine ever doing before my stroke, but it’s just another part
of my recovery to work on.”

On an early October weekend in 2019, Alesha Goodman and her longtime boyfriend Drew hiked over 50 miles of rugged desert landscape in the Ochoco National Forest in Central Oregon. They
were on a nine-day hunting trip they’d been planning for months. While Drew streaked up the steep slopes of sagebrush and loose
rock, Alesha tarried behind breathing heavily, fighting the searing pain radiating from the base of her skull. An active thirty-four-year-old who frequented local gyms, walked her dog daily, and hiked on weekends, Alesha never suspected the severe neck pain and nausea she’d had for the past week and a half were signs of an impending stroke. And not just one stroke, but two. Two potentially fatal strokes
that would occur within an hour of each other the day after she returned from the Ochocos.

An only child, Alesha was close to her parents and her grandmother who lived on her parents’ property later in life. As a kid, she delivered newspapers in her Bend, OR neighborhood, and in her spare time, she wrote children’s books for fun and read voraciously, prompting close friends to refer to her as a “living encyclopedia of odd information.”

On the Monday morning after she got home, Alesha sat in traffic
at a parkway off -ramp, still in discomfort from the neck pain and the nausea. She had new symptoms, too, dizziness and feeling faint. Regardless of the pain, she readied herself for work, but she had an uneasy feeling about her job.

Over the weekend, Alesha had received multiple text messages from her employer, a jewelry company in Central Oregon, about an issue with her company email and password, but with no cell reception, she couldn’t respond to her manager’s concerns. After searching
through Alesha’s desk for her email password and not finding it, but instead finding an important legal document she’d already dealt with but had not yet disclosed to her boss, the company hired a specialist to get around the digital safeguards. That day, Alesha was let go from her position.

Get the book to find out how Alesha is able to make a positive change!

“While suffering a stroke is a devastating, life-altering event that many patients initially imagine to be worse than dying, Just Say “Yes” to Life! is an uplifting book that teaches important lessons.

After making it through the hardest part of her recovery, Stroke Awareness Oregon co-founder Lawnae Hunter wanted to put together a book to encourage others going through the difficult reality of recovering from a stroke to bring them hope and encouragement in their darkest times.

This dream of hers took four years to become a reality. Through this time Stroke Awareness Oregon commissioned Ellen Santasiero to build a team of writers to find those who had survived a stroke and they found a way to say yes to life and recraft what they knew so that they could enjoy life once again.

It’s an honor to be involved in this project. Not only did I learn about the signs of stroke and its effects, but I am continually inspired by the courage and determination of stroke survivors who are prevailing over devastating odds. They are not just survivors, they are heroes. Anyone who has done the work to create a new, meaningful life after a stroke is a hero.